„Unless the LORD builds the house, the workers labour in vain.“
Psalm 127

In the last few years we prayed again and again – as the Capuchins moved out of their monastery in 2007 or when the house of the Jesuits was sold (we lived there from 2007 till 2010). But when the houses didn’t pass on to us, our prayer commitment in this area decreased again.

In general, already in the first years of KISI we dreamed of having our own house, stimulated by the house of the foundation de La Tour in Treffen (Carinthia), where we spent various summer weeks. In 2003 a young man at that time, started with a monthly purpose-bound donation for a KISI-House, that we still receive today. A KISI-Mother Renate recently showed me a weekly prayer-plan, where she decided years ago to pray for a KISI-House.

And God hears our prayers. In these weeks and months we were allowed to experience this in a way we ‘only’ heard it from others. I (Hannes) am writing these lines in ‘our’ KISI-House, for which the purchase contract was signed one week ago. And when I write ‘our’ then exactly this is meant: This house, sponsored by God, belongs to all KISIs.

It would go beyond the scope of this report to tell all of the big and small stories which occurred during the acquisition of this house. So here’s the shortened form:

March 2016: Hannes is looking for a house for friends and ‘bumps’ into the later KISI-House.

May 2016: The house is visited for the first time. Summary: Great House with a corresponding price. We know the couple that is selling it, because we sung at their wedding many years ago and also sung a concert, that the husband of the seller organised, a few years ago. The owners said, they would be very pleased, if we would buy the house because we would, so to say, continue to keep it within their purpose.

We continue to pray for ‘more space’.

August 5th 2016: At the close of the early mass, Hannes gets the message from the owner couple, that they decided to let us stay on the ground floor for the next two weeks. Again and again we experienced this summer, that doors, that we thought were already open for us, were shut: That morning I didn’t know where the 100 KISIs were going to sleep that evening … God helps at the latest, just in time.

August 6th-19th 2016: We prayed with the children: Lord, is this ‘our’ house? We prayed while walking through the house. We climbed the surrounding mountains (even the Traunstein) an prayed ‘down on to the house’. We prayed a novena (and more were going to follow). We heard a clear ‘yes’ but also a clear ‘no’. We discovered one thing: The children felt good in this house. The adults as well, and so did the youths.

But our hearts didn’t cling to the house. We let go, knowing that the cost of the house was 3 Million Euros. We knew that we didn’t even have to start putting our money together. The amount was clearly too much. Okay: For us.

Over the further course of summer, we prayed and fasted in prayers of a house. In the mean time, 14 young people had started their service at KISI as volunteers and our two flats on the Grasberg just weren’t enough anymore. We definitely needed more space. Who would’ve thought it would be so much? To be honest: We didn’t really think so. But suddenly our impressions in prayer, that God really had prepared a place for us, increased.

In the night from September 13th on to 14th : On the nightly trip from Volos (Greece) to Medjugorje (Bosnia Herzegovina) with the volunteers, we received the following confirmations, in prayer: ‘It honours me that you trust me so much. Keep your eyes open! I’ll provide a home for you. I’ll give it to you.’

September 16th 2016: Palace Goldenstein, Salzburg. KEY-Weekend. We’re keeping our eyes open and discover, in the monastery of the nuns, a KISI-Calendar of 2016. The large title of the month September reads: ‘We have a home. Hooray!’ The excitement is big: A confirmation?!

September 18th 2016: Mass for the introduction of the new team of volunteers. The celebrating priest has the impression to ask a friend of his, to donate money to KISI.
After the mass while having lunch, he asks me: ‘Hannes, do you need money?’ – ‘Sure we need money. Our car needs more and more repairs and last year we had a minus in the budget. And there’s still this house… Does your friend have that kind of money?’ – ‘I don’t know’, he replied.
He had never talked to him (the friend) over such a matter and he was very embarrassed to ask. We gave the priest advertising material and prayed.

September 20th 2016: I receive two telephone calls for the priest on this day.
In the morning: ‘Please pray. The conversation will be at midday.’
In the afternoon: ‘I told my friend about you and the house. I only ‘told’ him, I did not ask him for money. He said, he doesn’t know KISI, but if the priest thinks it’s good, he would gladly help KISI out with 500.000 Euros!’
Wow, we were overwhelmed, thankful and moved. But this was only the beginning.

September 27th 2016, 3pm: A KISI-Deputation visits the benefactor to thank him, to sing to him and to bless him.

September 29th 2016: The church commemorates the archangel Michael, Gabriel (the annual saint of Hannes) and Rafael. After the early mass a cautious check of the account balance: Double the amount mentioned on Sept 20th was on our account. We were overwhelmed, thankful and moved and praised God!

To cut it short:

November 24th 2016, 5:30pm: We are celebrating our first mass in the new KISI-House. It is the evening mass of the day of remembrance of the Saint Katharina of Alexandrien, who was picked as our annual saint for 2016 for KISI, at the beginning of the year. What a godly timing. Just an hour before, we signed the purchase contract. The benefactor had transferred us the necessary amount, in three instalments.

So we have every reason, to say:

„1 Unless the Lord builds the house,
the workers labour in vain.
Unless the Lord watches over the city,
the guards stand watch in vain.
2 In vain you rise early
and stay up late,
toiling for food to eat—
for he grants sleep to those he loves.
3 Children are a heritage from the Lord,
offspring a reward from him.
4 Like arrows in the hands of a warrior
are children born in one’s youth.
5 Blessed is the man
whose quiver is full of them.
They will not be put to shame
when they contend with their opponents in court.“
Psalm 127

To end, a few words of the benefactor:

„This is something, that is very important to me: Praise and thank our Lord God for this development, with your family and children. I am sure: You’re already doing this anyway. But He is the only correct address. In this case, I only have a ‘passing on function’. Otherwise the Almighty One would have to let it rain on to your house or suddenly have the money smuggled into your wallet. That would be a real miracle then, with which – understandable to us – he deals very sparingly.“ 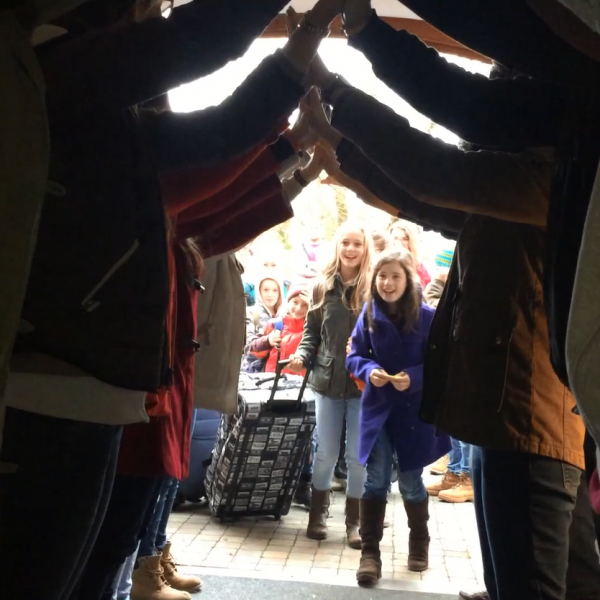 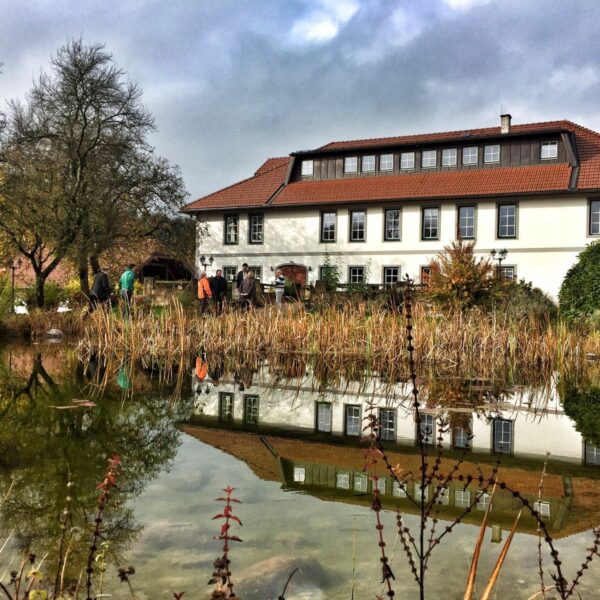 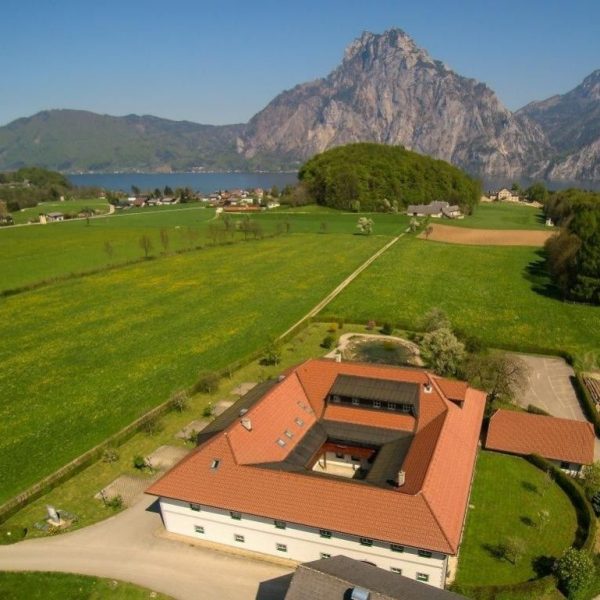 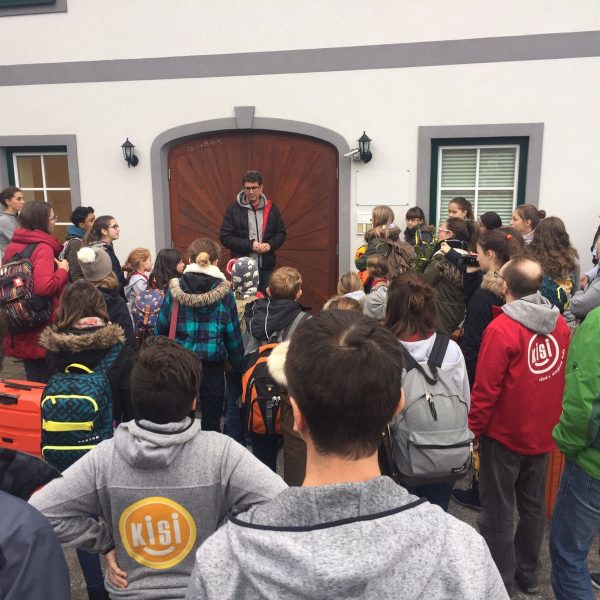 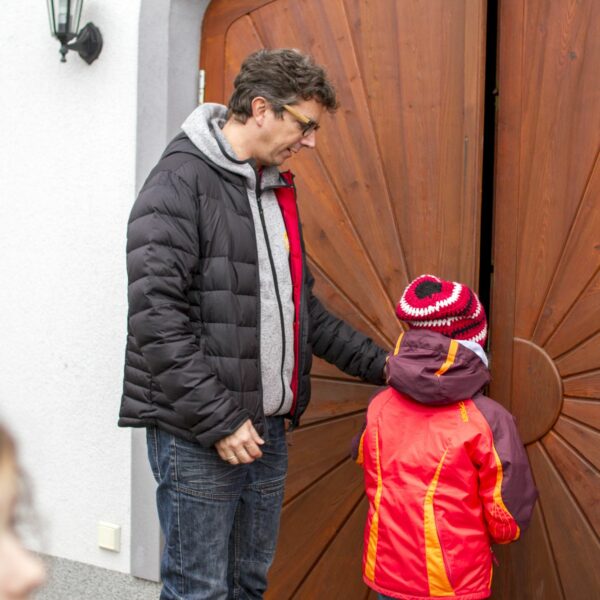 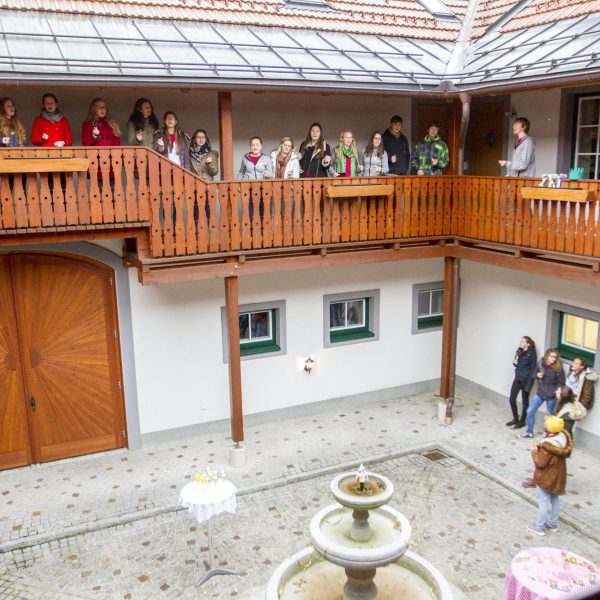 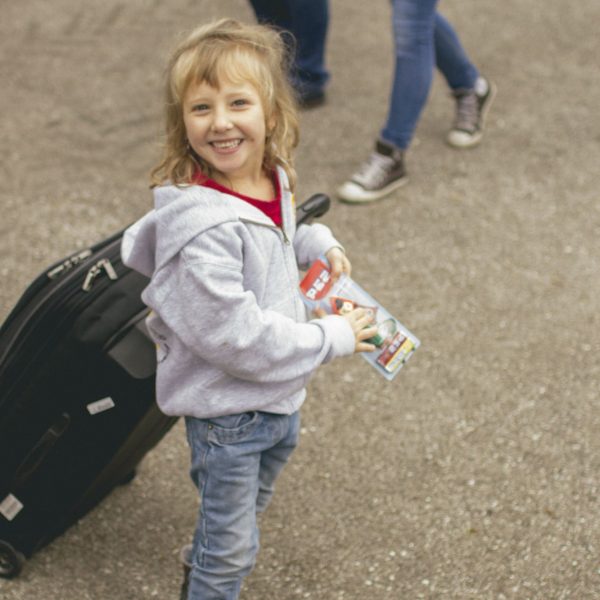 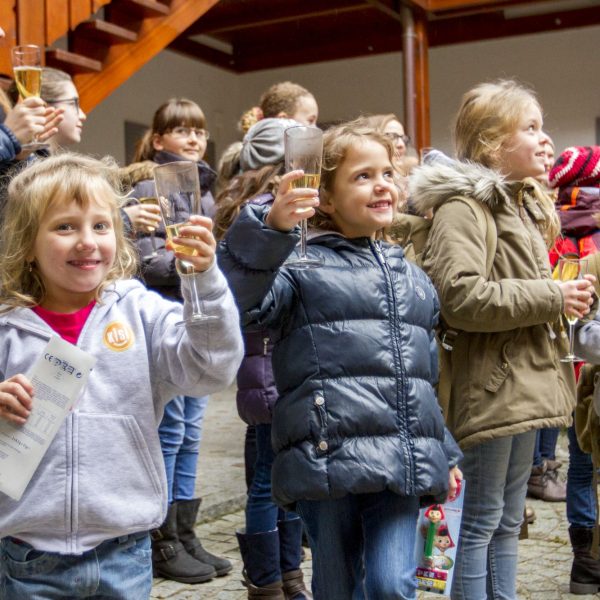 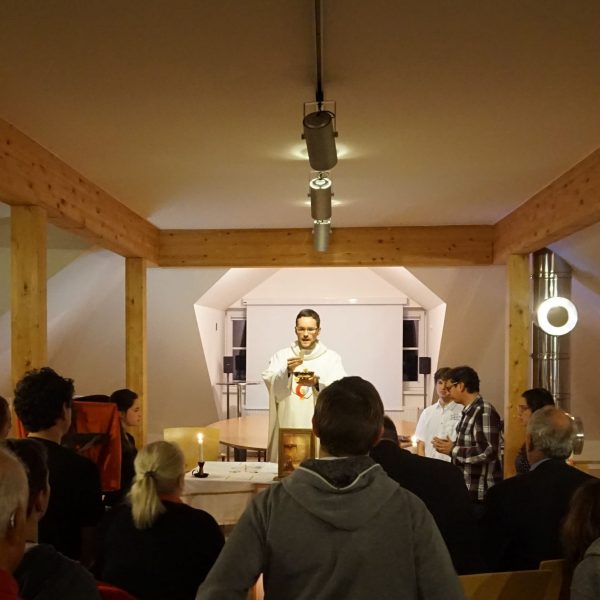